Two-time world champion Argentina has announced its squad for the FIFA World Cup 2022 (FIFA WC 2022). Injured Paulo Dybala has also been given a place in this 26-member squad. Once again, the trio of Lionel Messi, Di Maria, and Paulo Dybala will be rocking in Argentina’s forward line.

35-year-old Lionel Messi will lead Argentina. This will be his fifth and probably the last FIFA World Cup. Along with Messi, this could be the last World Cup for legendary players like Angel Di Maria and Nicolas Otamendi. There is a good balance of youth and senior players in the team. All the players selected in the team are part of the legendary European football clubs.

Who is the captain of the Argentina football team?

World Cup has not been won for 44 years.

Argentina is in Group-C

Argentina will begin its World Cup campaign with a match against Saudi Arabia on 22 November. After this, they have to face Mexico and Poland. That is, the competition in this group is challenging. Let us tell you that the top 2 teams from each group will reach the next round.

Argentina is number three in the FIFA rankings. This team won the Copa America Cup last year. In such a situation, it is expected that Messi can end the 44-year drought for Argentina in his last World Cup. 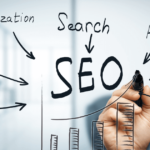 Importance of SEO in 2022 | Professional SEO 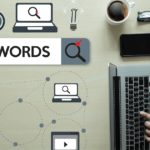