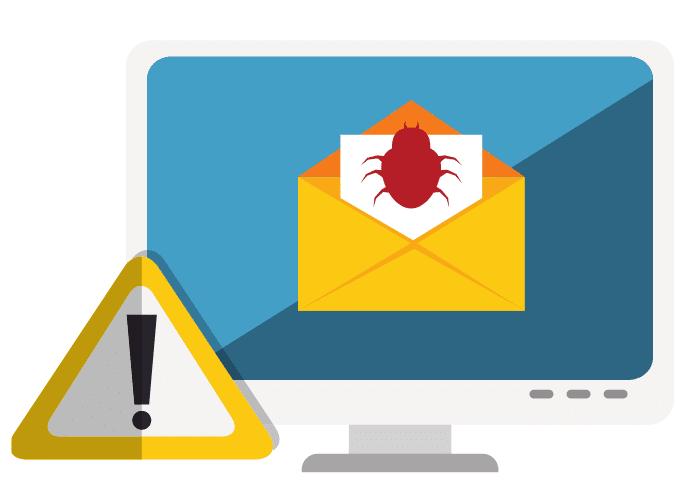 Malware is a contraction of malicious software. malicious software is known as the terms accurately describes the purpose of this type of software If we define malware to include any software that performs actions without the user’s knowledge or consent, this could include a large amount of software on the average system. It is also important to recognize that most malware is hostile in nature. Criminals use malware in a variety of ways to capture information about the victim. so has malware, from the annoying to the downright malicious.

Malware is a newer, blanket term, but the software types that it covers are far from new. Viruses and worms are some of the oldest forms of malicious software in existence. What has changed is the power of the technology, the creativity of the designers, and the effect of new distribution methods, such as more-complex networks, peer-to-peer file sharing, always-on Internet connections, and other mechanisms that have come to the forefront over the years. 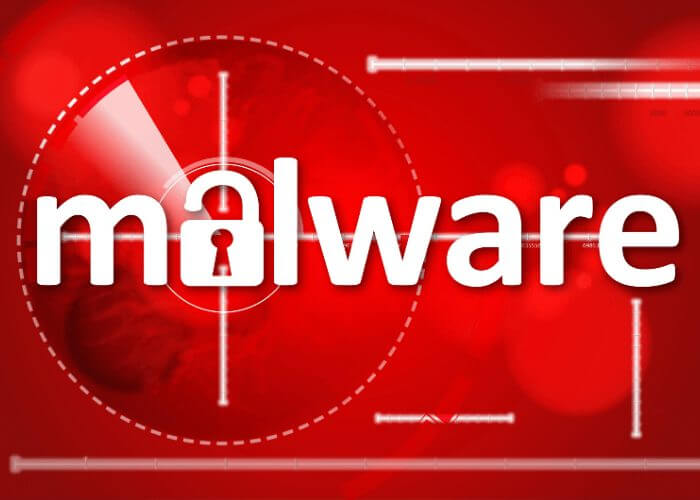 Malware is an extremely broad term that blankets a range of software packages. We can say that malware is anything that steals resources, time, identity, or just about anything else while it is in operation. In order to understand what malware is, let’s look at the major types

Viruses are by far the best-known form of malicious software. This type of malware is designed to replicate and attach itself to other files resident on the system. Typically, Viruses require some sort of user action to initiate their infectious activities.

Worms are a successor to viruses. The worm has been around in some shape or form since the late 1980s. The first worms were primitive by today’s standards, but they had a characteristic that is still seen today: the ability to replicate on their own very quickly. Worms that have emerged over the past decade or so have been responsible for some of the most devastating denial-of-service attacks known.

Trojan horses are a special type of malware that relies in large part on social-engineering techniques to start infecting a system and causing harm while appearing to look like a legitimate program. Similar to a virus in many respects, this malware relies on the user being somehow enticed into launching the infected program or wrapper, which in turn starts the Trojan.

Rootkits are a modern form of malware that can hide within the core components of a system and stay undetected by modern scanners. What makes rootkits most devastating is that they can be extremely difficult to detect and even more difficult to remove.

Spyware is a malware designed to gather information about a system or a user’s activities in a stealthy manner. Spyware comes in many forms; among the most common are keyloggers.

Adware is malware that may replace home pages in browsers, place pop-up ads on a user’s desktop, or install items on a victim’s system that are designed to advertise products or services.

Everything You Know About MALWARE There are a number of reasons, such as curiosity, hacktivism, showing off, and many others that may or may not make sense to an outsider. As a pentester, you may find that creating a virus is Something you need to do in order to properly test defensive Systems.

All viruses are not created equal. Each may be created, deployed, and activated in different ways, with drastically different goals in mind, for example:

In the mid-1970s, a new feature was introduced in the Wabbit Virus. This virus represented a change in tactics and demonstrated one of the features associated with modern-day viruses: replication. The virus replicated on the same computer over and Over again until the system was overrun and eventually crashed.

In 1982, the first virus seen outside academia debuted in the form of the Elk Cloner Virus. This piece of malware debuted another feature of later viruses-the ability to spread rapidly and remain in the computer’s memory to cause further infection, once a resident in memory, its infected floppy disks placed into the system, as many later viruses would do. Nowadays, this virus would be spread across USB devices such as flash drives.

Four short years later, the first PC-compatible virus debuted. The viruses prior to this point were Apple II types or designed for specific research networks. In 1986, the first boot-sector viruses debuted, demonstrating a technique later seen on a much wider scale. This type of virus-infected the boot sector of a drive and spread its infection when the system was going through its boot process. 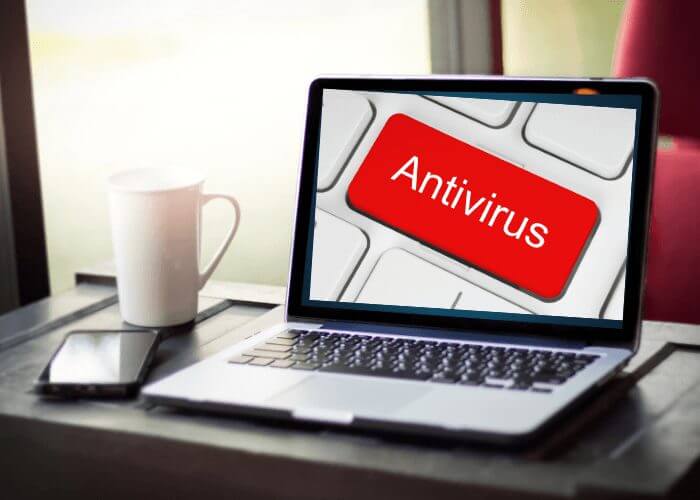 Modern viruses come in many varieties:

A system or boot sector virus is designed to infect and place its own code into the master boot record (MBR) of a system. Once this infection takes place, the system’s boot sequence is effectively altered, meaning the virus or other code can be loaded before the system itself. Post-infection symptoms such as start-up problems, problems with retrieving data, computer performance instability, and the inability to locate hard drives are all issues that may arise.

Macro viruses debuted in force around 2000. They take advantage of embedded languages such as Visual Basic for Applications (VBA). In applications such as Microsoft Excel and Word, these macro languages are designed to automate functions and create new processes. The problem with these languages is that they lend themselves very effectively to abuse; in addition, they can easily be embedded into template files and regular document files. Once the macro is run on a victim’s system, it can do all sorts of things, such as change system configuration to decrease security or read users’ address books and emails to others.

Cluster Viruses are another variation of the family tree that carries out its dirty work in yet another original way. This virus alters the file-allocation tables on a storage device, causing file entries to point to the virus instead of the real file. In practice, this means that when a user runs a given application, the virus runs before the system executes the actual file.

A stealth or tunneling virus is designed to employ various mechanisms to evade detection systems. Stealth viruses employ unique techniques including intercepting calls from the OS and returning bogus or invalid responses that are designed to fool or mislead.

Encryption Viruses are a newcomer to the Scene. They can scramble themselves to avoid detection. This virus changes its program code, making it nearly impossible to detect using normal means. It uses an encryption algorithm to encrypt and decrypt the virus multiple times as it replicates and infects. Each time the infection process occurs, a new encryption sequence takes place with different settings, making it difficult for antivirus software to detect the problem.

A cavity or file-overwriting viruses hide in a host file without changing the host file’s appearance, so detection becomes difficult. Many viruses that do this also implement stealth techniques, so you don’t see the increase in file length when the virus code is active in memory.

Sparse-infector viruses avoid detection by carrying out their infectious actions only sporadically, such as on every 10th or 25th activation. A virus may even be set up to infect only files of a certain length or type or that start with a certain letter.

A companion or camouflage virus compromises a feature of OSs that enables software with the same name, but different extensions, to operate with different priorities. For example, you may have program.exe on your computer, and the virus may create a file called program. com. When the computer executes the program. exe, the virus runs program.com before program.exe is executed. In many cases, the real program runs, so users believe the system is operating normally and aren’t aware that a virus was run on the system.

A logic bomb is designed to lie in wait until a predetermined event or action occurs. When this event occurs, the bomb or payload detonates and carries out its intended or designed action. Logic bombs have been notoriously difficult to detect because they do not look harmful until they are activated-and by then, it may be too late. In many cases, the bomb is separated into two parts: the payload and the trigger. Neither looks all that dangerous until the predetermined event occurs.

Please Forward this Warning among Friends, Family, and Contacts:

Do not open any message with an attached filed called “Invitation regardless of who sent it. It is a virus that opens an Olympic Torch, which “burns” the whole hard disk C of your computer. This virus will be received from someone who has your email address in his/her contact list. That is why you should send this email to all your contacts. It is better to receive this message 25 times than to receive the virus and open it. If you receive an email called “Invitation- “SEND THIS E-MAIL TO EVERYONE YOU KNOW, COPY THIS E-MAIL AND SEND IT TO YOUR FRIENDS AND REMEMBER: IF YOU SEND IT TO THEM, YOU WILL BENEFIT ALL OF US.” though sent by a friend, do not open it and shut down your computer immediately.

This is the worst virus announced by CNN; it has been classified by Microsoft as the most destructive virus ever. This virus was discovered by McAfee, and there is no repair yet for this kind of virus. This virus simply destroys the Zero Sector of the Hard Disk or zero-day malware, where the vital information is kept.